Good-bye, BlackBerry: 3 steps to prepare for its demise 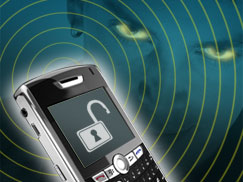 It's easy to switch to iOS or even Android, no matter what type of company you are

If you rely on Research in Motion's BlackBerry smartphones, it's time to prep your exit strategy. RIM is in serious decline, and the slide has accelerated dramatically in recent weeks. The company has made massive layoffs, its stock price has plummeted -- a sign of investors losing faith -- and most analysts doubt very much its repeatedly promised BlackBerry 10 OS will be the Hail Mary that outclasses Apple's iOS or Google's Android.

The likelihood of RIM going bankrupt or becoming a skeleton of itself jumped significantly late last week when RIM revealed that BlackBerry 10 has been delayed yet again, now to early 2013, a year later than originally predicted. By then, iOS 6 and Android 4.1 "Jelly Bean" will be well established, and Microsoft's Windows Phone 8 will have debuted, offering for the first time enterprise security and management features that may finally near what iOS and Android offer. It seems unlikely users will desire the BlackBerry 10 in those circumstances.

[ A step-by-step guide: How to move your contacts from BlackBerry to iOS or Android. | Updated for iOS 5, Android 4, BlackBerry OS 7, and Windows Phone 7.5: Learn how to manage mobile devices in InfoWorld's 20-page Mobile Management Deep Dive PDF special report. ]

"RIM's potential financial troubles, weakened reputation, and so much effort into a tablet [the BlackBerry PlayBook] that has not caught on are all good reasons to look at other options," says John Pitts, president of managed services provider Tekcetera.

So what steps should companies take to prepare for the demise of RIM, if it happens in the next year or so?

1. Make the mental switch from mobile messaging to mobile apps
Many organizations have already opened up to iOS and, to a lesser extent, Android. For example, at furniture retailer Holly Hunt, a BlackBerry is considered the bare minimum for mobile users because it's designed for email and messaging, not so much for running apps and accessing the Web as iOS and Android devices can do very effectively. At Holly Hunt, the BlackBerry is no longer the preferred device, despite its long history with the company, notes says Neil Goodrich, director of business analytics and technology.

Schumacher Group, a provider of emergency room management services, is taking an even stronger line: It will move from BlackBerrys to iPhones once iOS 6 comes out this fall, says CIO Doug Menefee.

The move from BlackBerry represents a shift in enterprise mobile computing from predominantly email to enterprise business applications, says Vishal Jain,  a mobile services analyst at 451 Research. For example, "mobile computing is getting closer to opening up ERP systems, which were traditionally accessed through desktops," Jain says. The BlackBerry simply isn't designed for app usage; by clinging to it, companies are held back from heading in the direction of computing.

2. Develop and enforce a mobile policy
When research firm Aberdeen Group surveyed 239 U.S. companies about their mobile device strategies this spring, researchers were particularly disturbed that 43 percent of the respondents permitted their employees to use mobile devices that don't comply with the company's mobile policy.

Additionally, many companies don't have mobile policies that reflect the app-centric and Web-centric reality of iOS and Android. With the increased adoption of bring-your-own-device and choose-your-own-device approaches, it's now paramount to have those policies in place. That way, users know what they're permitted to do and how they're expected to safeguard company information, says Andrew Borg, an Aberdeen research director for mobile.

It's baffling that companies would create a mobile device policy and not enforce it, but it's clearly a common occurrence. That has to change, Borg says.