“Rovi continues to lead as a technology provider for major brands that wish to add value and complement their devices with the addition of Internet-delivered premium entertainment,” said David Cook, SVP of Rovi Entertainment Store Sales at Rovi Corp. “We are extremely pleased to be associated with RIM’s release of BlackBerry PlayBook OS 2.0 and to be helping provide users with new opportunities to enjoy entertainment on their PlayBook tablet.”

The Blackberry PlayBook Video Store allows users to watch content moments after a download begins, and the tablet device includes an HDMI output for connecting to an HDTV.

“The BlackBerry PlayBook offers an incredible multimedia experience with a stunning display, stereo sound, an HDMI TV connection and high-powered performance under the hood,” said Martyn Mallick, VP of global alliances and business development at Blackberry-maker Research In Motion. “

“With KnowHow Movies, we are offering customers the most flexible service available — they will only pay for what they watch, will have access to the latest releases instantly, and can buy and view films and TV shows on any of their connected devices,” said Niall O’Keeffe, KnowHow development director for Dixons. “We chose Rovi for this service because of their considerable depth of expertise in the provision of over-the-top on-demand services and extensive reach across the globe.”

Dixons operates more than 1,300 retail and online stores across Europe. 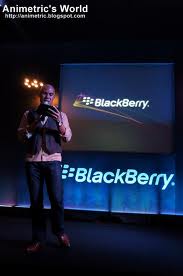